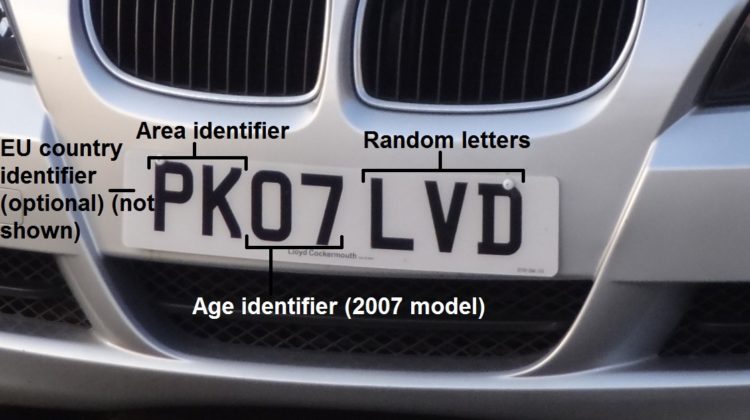 Whilst most of the rules for custom registration plates seem pretty strict, there is room for customisation in how they look, allowing for a bit of creativity. License plates can still stand out from the norm. You may be specifically passionate about having just ordered your own custom reg plate.

Text is a precise adjustment to the registration plate. According to new laws, you can no longer use italics or a different coloured text on your custom registration plate than the standard font letters and font. However, you can opt for a 3d effect which is entirely legal and very eye-catching.

As a custom registration plate owner, you are legally entitled to feature one of the following flags on your number plates

You’re legally entitled to display one of the following flags on your number plate:

However, be aware that even if your custom registration plate displays one of the above flags, you are still required to display a “GB” sticker whilst driving your vehicle abroad. In contrast, you won’t need to show the GB sticker when travelling in the European Union if you display the Euro symbol on your custom licence plate.

Due to the change in Great Britain’s relationship with the European Union, it is worth checking for the most up to date information on driving laws in other countries before you leave the UK.

From the 1st of September 2001, it became a legal regulation that all new number plates are displayed in the new standard font to make registration plates easier to read, remember and clearer all rounds. License plates that were fitted before the 1st of September 2001 do not need to be changed, but their font must be like the new regulation front. Characters on any number plate could be 3D, but they must be in the new mandatory font. This was to help push the standardisation of the new regulations.

However, there are rules around licence plates that have specific customisations and need to be replaced if they have the following:

Also, the letters and numbers on number plates bought since the 1st of September 2001 need to meet the following number plate spacing standards: