How to Read English Reg Plates 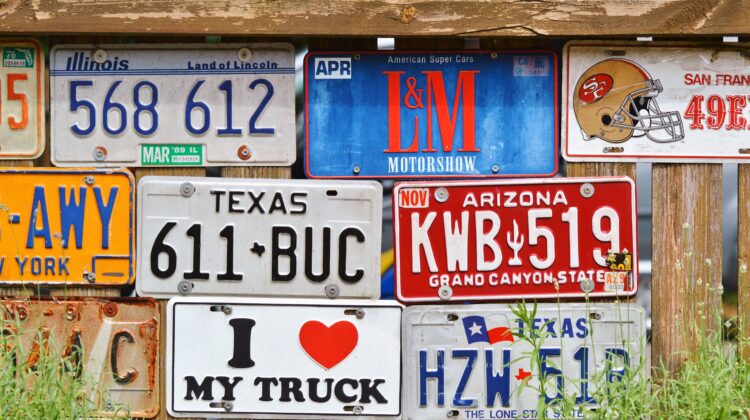 Ever wondered what the letters and numbers on your car’s registration plate mean? Read on to discover why English reg plates have such a distinctive format.

Why do we have registration plates?

Having a number plate on your car is one of those things that we all take for granted, but have you ever thought about why we need them? The simple answer is that your registration plate provides instant identification of the vehicle, which is also used for any tax allocated to it.

Rather than the registration number being given to the owner, it belongs to the vehicle itself. Unless the owner retains ownership over the plate or transfers it to another vehicle, the number remains with the original vehicle until it’s destroyed, broken up or permanently exported to another country.

The format of English reg plates

The current format that we’re all familiar with has been around since 1st September 2001, which is applied to all new vehicles being registered. This format contains the following elements:

What does this format represent?

This combination allows a buyer to instantly know the basic history of the vehicle. It’s also very useful for the police in the event of a crime or incident. Even if an observer only remembers the type of car and the first two letters of its reg plate, this information can prove extremely beneficial in tracking down the driver through the registration database and traffic cameras.

Due to them looking similar to other letters and numbers, you will never see I, Q or Z used in a DVLA local memory tag.

To give an example of a DVLA memory tag (the first two letters), we’ll use our home county of Yorkshire. These contain a Y followed by a letter of the alphabet except for I, Q and Z as mentioned above. For instance, YA, YB, YC, and so on.

The only exception to the rule is personalised reg plates, which allow you to customise your car to a huge extent and add an extra level of luxury. However, all personalised number plates adhere to current standards in every respect (style and size of font, colour of plates etc) and you should only buy them from a DVLA Recognised Seller such as RegPlates.com.

Get your customised reg plate

Ready to explore our huge range of private registration plates? Try a number plate search today or you can even make your own plate.