Council Owned NH 1 – A Good Asset Or Should They Sell? 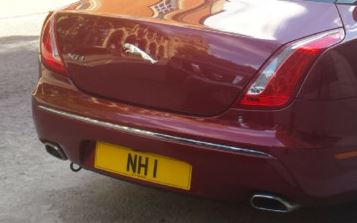 NH 1 is currently proudly displayed on a Jaguar used by Northampton Borough Council but as an asset would the money be better used in different areas?

A councillor is to ask Northampton Borough Council to review the mayor’s ‘NH1’ private number plate, which the Northants Herald and Post discovered earlier this year is worth £300,000.

Councillor Gareth Eales (Lab, Spencer), is to put forward a motion at the next full council meeting in November asking for the number plate – which adores the ceremonial Jaguar car – to also be independently valued. Mr Eales, who is the deputy mayor, hopes the move will result in a decision on whether to keep or sell the plate.

His motion, which will be supported by the Shadow Cabinet Member for Finance, Cllr Elizabeth Gowen (Lab, Eastfield), also asks for the council to consider replacing the mayor’s vehicle with a fully electric car.

Many other councils have sold their valuable number plates in a bid to find other projects in the local community.