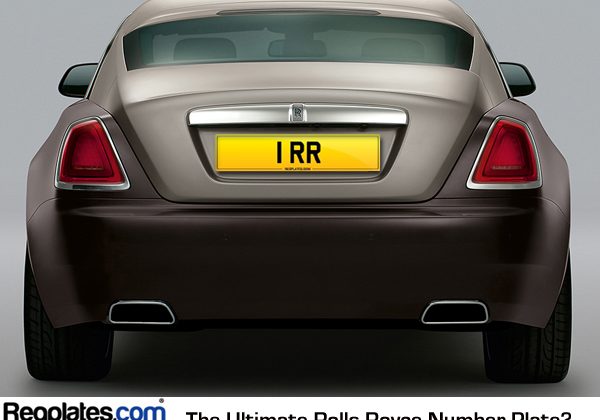 The process of getting personalised number plates can be confusing for people, especially those doing it for the first time. However, the amount of interest and value these letters and numbers displayed on a plate have gained in the recent years is hard to ignore. The prices thrown around for personalised number places will make your head spin. It is at this juncture that one realizes that private Reg plates are of huge importance to many car owners, as they are more than just a combination of numbers and letters. Most of them see personalised number plates as an accessory to the car and a rather interesting investment opportunity rather than just an item of identification. This explains the huge amounts of money that car owners are willing to part with just to get that combination on their car. Even at auctions buyers are known to engage in supremacy battles that lead to the skyrocketing of the prices of Regplates.

The UK in particular has a relationship with personalised number plates. According to estimates by the DVLA (Driver and Vehicle Licensing Agency), the UK reported an excess of two billion pounds in tax revenue from tax auctions over the past 25 years. As they are keen to state, an expression of interest in a particular plate by three people or more is enough to push the price of that Reg plate through the roof. It has also been documented that the buyers let their hearts take control of their heads when they bid for these plates.

Personalised number plate auctions are constantly rewriting the record books with regard to the highest price paid for a plate. The record currently stands at £518,000 which is quite impressive. The prices of these Regplates does not seem to be slowing down either. Of particular interest is the recent auction of the highly-hyped 250 C Reg plate which sold for £21,500. This is a clear indication that the expectations for the prices of personalised number plates will continue to increase.

The following list shows plates that have been sold in the past at the highest prices. Most of these were sold in auctions across the country although some were sold by the DVLA.

This is the most expensive Regplates ever sold by the DVLA, and were purchased in 2014 by Ferrari dealer John Collins. The plate is currently being used on a Ferrari. The market value of the car is around £10,000,000.

This Regplate was the previous record holder for the highest price paid for a reg plate. The plate represents the initials of Formula 1 racing and was bought in 2008 by Afzal Khan, a businessman from Bradford. The plates are currently being used on his McLaren Mercedes SLR, which is quite an impressive match.

This is claimed to be the first Regplate that was ever made in Scotland. Therefore, it is both special and rare, as it is only one of its kind. The Regplates were purchased in 2008 at an auction by an anonymous bidder who said the plate would be used on an old Skoda. It’s a good investment, either to mark history or as an antique.

These initials bear a resemblance to the American pop group One Direction. However, it is interesting to note that the Regplate was purchased a year before the group was even formed. Nabil Bishara, a businessman from Lebanon, purchased it.

Mike McCoomb, a businessman in the phone industry, bought this unique Reg plate back in 2006. He said the plates were meant for his son, who was 10 years old at the time of the purchase.

This classy Regplate is the property of Roman Abramovich, who is the owner of Chelsea FC. It is interesting to note that the plate was once used on the popemobile for his Holiness the Pope during a visit to Ireland, which is a testament to its value.

This plate has an interesting reference to the name Singh, which is common in the Sikh community. The plate was sold in 2006 in the UK.

Robert Halverson purchased this Regplate, and it was clear that it was of significant importance to him, as the price was 30 times over the estimated price.

This is definitely a royal Regplate, as it bears resemblance to Kingdom. It is believed that an Arab Sultan purchased the plate in 1993.

Although this plate seems miniature, it was bought in 2009 after an auction on Northampton shire.

Although the plates above have been sold, newer and more exclusive Regplates are available. The following are some of the exclusive Reg plates that can be yours at a reasonable price:

These are only a select few in the collection. To view all the exclusive personalised number plates that you can own, check them out here.