Reg Plates Increase in Popularity Over the Years 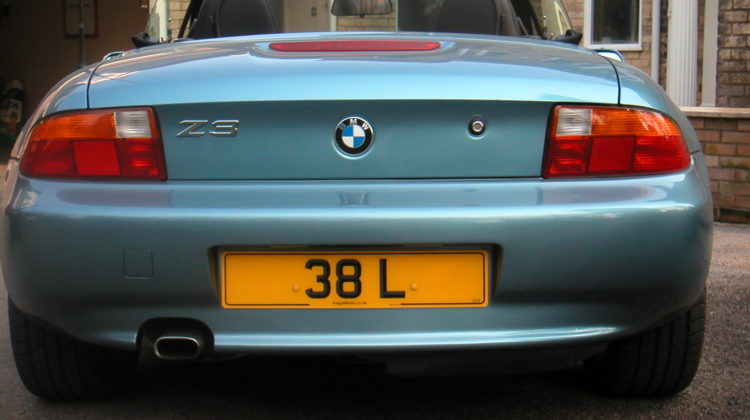 Personalised reg plates are seen as a luxury item by many people, but their popularity has been increasing significantly in recent years. In fact, the popularity of personalised plates has been on the increase since they first became officially available in the 1980s.

Of course, this popularity can be seen posh areas of the UK’s major cities, but this doesn’t tell the whole story. In fact, the increase in popularity is more about lower-value number plates bought by regular people.

One of the reasons for this increasing popularity is that many are now using personalised reg plates as an investment. This is a bit like buying a premium watch or bottle of fine wine – they’re alternative forms of investment and if you pick the right one (one that is both rare and highly-desired), the investment can rise in value.

Personalised reg plates are no different as they often increase in value too. These increases can be higher than the rates of return typically delivered by more traditional forms of investment. Plus, owning a personalised reg plate is more fun than saving money in an ISA.

Just how big is the market for personalised reg plates, however, and what does the future hold?

Before answering those questions lets first briefly explain how the personalised reg market works. There are three main styles of reg plate that have been used in the UK:

Each of these styles indicate the date of first registration of the car. They can all be bought as a personalised reg plate.

When you put the various combinations of all four styles of plate together, there are literally millions of personalised reg plates to choose from, with each one of them being unique to some degree.

That said, the dateless style is usually the most popular. One of the reasons for this is there are some restrictions on the three main styles. Each of them indicate the date of registration. For example, a registration in the current style with the number 62 shows the car was first registered in 2012. You cannot put a registration with an age identifier on a car if the car is older than the year it signifies.

The Current Size of the Personalised Reg Plates Market

To get some idea of just how big the market for personalised reg plates currently is you should look at official Government figures – it’s one of the sellers of personalised plates.

The latest figures we have were released by the DVLA. They are for 2015 and show it was a record year for personalised number plate sales. Over the course of that year, about 335,000 personalised reg plates were sold by the DVLA, raising £102 million for the Treasury. This was £15 million up on the previous year representing an annual increase of over 17 percent. The most expensive reg plate bought in 2015 was KR15 HNA. It sold for £180,000.

For example, in 1995, about 70,000 reg plates were sold by the DVLA – that figure is now almost five times higher. Over 4.5 million reg plates have been sold since 1989 netting about £2.3 billion for the Government.

When some people think about personalised reg plates, they think about high value plates purchased by the rich and famous. This market for high-value personalised number plates certainly does exist – the number plate 25 O sold for £400,000 in 2014 simply because it had “wow” factor. This is officially the most expensive number plate ever sold in the UK, however it is widely believed that other plates have been sold for higher amounts privately (25 O was sold by the DVLA).

As already stated, however, some people also purchase them as an investment. This can be the main motivating factor for the purchase or a contributing factor. People buying reg plates as an investment look for plates with common names or initials that will be in high demand. Reg plates with limited numbers of characters can also deliver a return on investment as people will usually pay more for them.

Another reason why personalised reg plates are so popular is because cars – and motoring in general – are popular in the UK. We have a long history of manufacturing iconic cars and creating top quality motor racing drivers. In addition, we spend a lot of time in our cars both as a necessity and for pleasure.

The Future of Personalised Reg Plates

There is nothing to indicate that the market for personalised number plates in going to decrease. In fact, most experts in the motoring industry, as well as those involved in the sale of personalised reg plates, believe the upward trend will continue.

While they are still regarded as an investment, while Brits continue to love motoring, and while people in general have a desire to express their individuality, this is a reasonable assumption to make.