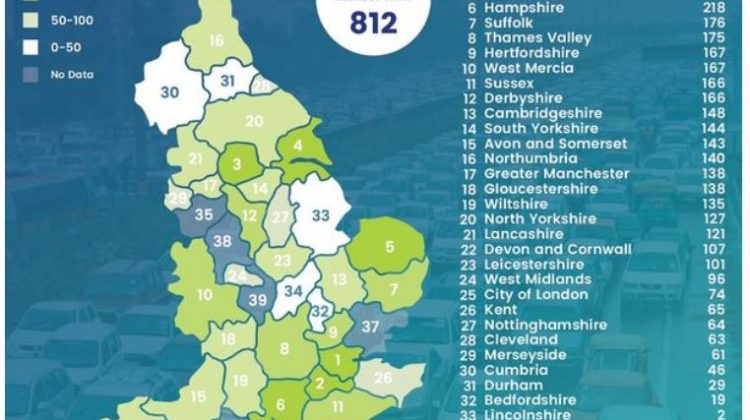 Fines are being handed out for illegally spaced number plates by local police forces up and down the UK. Research has shown that Surrey had the second highest number of illegal number plates in the country in 2015 behind the Metropolitan area and West Yorkshire in third position.

A Freedom of Information request to England’s 39 police forces revealed the Surrey force made 494 bookings out of 5,395 countrywide, coming second only to London.

It is illegal to drive or keep a car with a missing or obscured number plate – and if your number plate does not comply with the DVLA’s regulations , you will fail your MOT test and could be fined up to £1,000.

Last September, the DVLA released details of the latest number plates to be banned when the new ’66’ ‘age identifier’ number plates were issued.