Find Out How Private Number Plates Are Valued 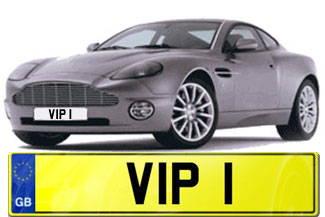 Valuing private car number plates can be an art as much as a science. You can’t just type in the letters and numbers to a software programme, input some variables, and get a reliable valuation out of the other end. So, if you are hoping to find out how much your personalised number plate is worth, there is a range of factors you need to take into account.

In this article, we will go through how to get your private number plate valued, and look at the features that can make a plate worth more or less money.

Remember that, despite valuations and estimates, a private number plate is only worth as much as someone will pay for it. You may have loved your personalised number plate because it contains your initials, for example, but if there aren’t many other people with your initials, the plate’s value may be minimal. On the other hand, if you have a plate whose letters contain common or popular names, you may well find that it is in high demand on the market.

Some criteria to consider when valuing a personalised car number plate

Take into account the following criteria when trying to come up with a valuation for your private number plate. You need to look at them all together if you want a realistic price, so you can’t just pick and choose the factors that favour your number plate!

How much similar registration plates have sold for recently and in the past: it is always worth looking at what has been going on in the private registration plate market recently to add extra weight to the valuation of your own number plate. It is a market that is not immune from trends, so keep a close eye on what has been selling well and see if your plate has any similar features

The age of the plate: older plates tend to attract higher prices and dateless number plates (the first ones ever issued) normally call for the highest prices on the market

The plate’s rarity: if a lot of similar registration plates were issued, your plate may be less valuable. So, the relative rarity of older, dateless number plates makes them more valuable, as a whole, than newer, dated plates. Similarly, having a private plate with a word or name spelled out on it gives it a degree of rarity that would raise its value.

How close a series of letters or numbers are to a real name of word: if the match quality is high (and the numbers and letters are very convincing in making a popular word), the value of the registration plate will be higher. This means that a match like 5IMON, for the name Simon, will be worth a lot more than a more obscure set of letters and numbers that are not as convincing a match, such as S17 MMM for the name Sam.

The style of the plate: this means establishing if it is a new-style plate, an older-style format or if it is dateless or Irish, for instance. Other options are that it is a prefix-style plate or a suffix-style plate. New-style number plates, which have been produced since 2001, tend to be the least valuable because they are a bit less appealing to some collectors, plus the rule about not having plates that are newer than your car can also come into play, putting people off from buying a newer-style plate for their older car. Prefix-style number plates, which were in production between 1983 and 2001 can be more popular as more vehicles are entitled to have those licence numbers, and they may have fewer characters in total. Suffix-style plates, issued from 1963 to 1983 are relatively rare, which means they can attract higher prices than prefix-style plates and newer designs. Dateless number plates, also known as cherished number plates, were produced between 1903 and 1963 and are nearly always the most valuable number plate configurations; they have fewer digits and their dateless nature means that people can hide the age of their car. Irish number plates are similar to dateless number plates, especially because they don’t have a year identifier. They also tend to be cheaper than other types of vehicle registration plates

How popular any name or initial it contains is: You are more likely to get good money for a registration plate that spells out a name like 5UE than you are with a more unusual name, simply because there is more demand for Sue (or Dave or Mel) than there would be for Hector, Primrose or Zebedee

How valuable the letters and numbers the plate contains are: in terms of numbers, lower numbers with fewer digits tend to be the most valuable when reselling personalised number plates, making BOB 1 more valuable than BOB 379. Sequential numbers (123, 456 etc.) and repeated numbers (444, 88) are more popular than random combinations, and special occasion numbers like 18 and 21 can also boost a number plate’s value a little. In terms of the letters in a number plate, the likelihood of a series of letters being a name or a person’s initials increases the value of the plate, too.

When you are getting a valuation for your private registration number, think about the fact that certain types of number plate match will lead to much higher worth. These include plates that represent names, initials, models or makes of cars, or words.

The rarity and desirability of any combination of letters and numbers on a registration plate will essentially determine its value on the market. Bear in mind that there is only one version of every number plate in existence, so each is basically rare because it’s unique. But its value requires more than that exclusivity, it must also be worth something to somebody else. People will pay more for a good representation of their name than they will for an average representation of their initials, for instance, so how well a number plate depicts the word, interest, name or initials in question can add or subtract £hundreds or even more from its price tag.