T 6 Number Plate To Be Auctioned 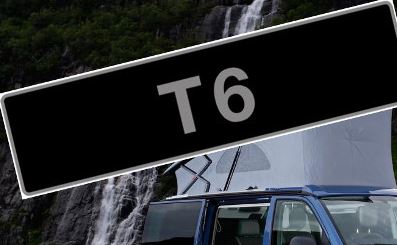 The third vehicle registration number ever to be issued in Devon is to be auctioned at the Festival of Speed on June 24 2016.

The ‘T’ series of vehicle registration numbers were issued by Devon Council, to comply with the new Motor Car Act which was due to take effect on 1 January 1904.

“This particular number is significant to Devon, as one of the very first numbers ever allocated in the county. Cars were still very precious and rare in the early 1900s, so the number would have had even more kudos, registered to one of the few cars on the road at the time.

The T6 plate may prove popular among fans of the Volkswagen Transporter, which has a model by the same name.

Contact the team at Regplates.com now to register your interest in this auction.