The benefits of owning a private number plate

This demonstrates that personalised number plates remain as popular as ever, so what accounts for their enduring appeal? 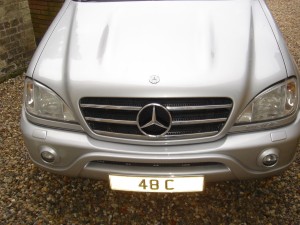 There is a continuing – even an increasing – demand for these prestigious items. In this article, we will go through the top seven reasons private number plates are so sought after.

Some of the most in-demand number plates are historical registration numbers from the early days of car registrations. Driver Earl Russell queued overnight outside the vehicle registration office in 1903 to get the notable number plate, A1. Contrary to popular belief, the A1 plate was not the first registration number to be issued (other plates were issued in other regions before the London-based A1 came into being). However, it was a prominent and impressive number plate to own, a fact recognised by Russell himself as he camped outside to get it!

These old registration numbers, commonly known as cherished number plates, are often the most desired by car enthusiasts. For those who love classic cars, the opportunity to own an early, ‘dateless number plate’ is highly tempting.

Rather than having an automatically issued number plate, the individuality of a personalised plate means that it can also make a wonderful and entirely unique gift for a friend, partner or relation. Private plates are also easier to remember than the usual muddle of letters and numbers – who hasn’t had their mind go blank when asked by a pay-and-display machine for their registration number?!

As well as being a sign of individuality, personalised number plates can be a real investment for the enthusiast. Each pair of plates is unique, so there is no danger that they will be replicated and devalued in that way.

Needless to say, there are no guarantees. However, many people have found that the personalised number plates they bought in the past would have cost – and could be sold for – a lot more now.

The earliest, dateless private number plates are likely to remain the most valuable. Those that contain popular names or words, and those with two, three or four digits are currently providing incredible returns to their owners when they go on sale, and this is unlikely to change any time soon. 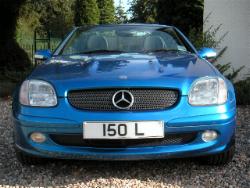 Personalised number plates, on the other hand, offer drivers the chance to have a registration plate that gives out less information. Car models that were produced over several years can have private plates that hide precisely how old the car is, and older cars that are still in great condition can look younger.

It is important to note, however, that personalised number plates that actively mislead people about the year of registration are not allowed. So, a car produced in 2001 can’t be equipped with a plate that suggests it was first registered in 2014, for example. However, with dateless, cherished plates, this is not an issue.

It is undeniable that private number plates are perceived to be very prestigious. Prince William and Kate left their wedding in a car with the registration plate JU5T WED, and Ireland issued the plate VIP 1 especially for a visit from the Pope

However, the prestige of a personalised number plate can be achieved for much smaller sums of money. A car can be accessorised with a private plate for tens or hundreds of pounds, witjout spending massive amounts of cash, so the impressive status imparted by the items are in reach of many more people than just princesses and Popes.

James Huntley, a scrap metal dealer, spent £60,000 to grab the number plate SCR4P. His passion for his work meant he spent three times what he had planned, but he was overjoyed with his purchase.

Theo Paphitis, best known for his role as a millionaire investor on Dragon’s Den, bought the registration plate RYM 4N in recognition of his stationery business, Ryman’s, Stoneacre Properties own FOR 541E, and the Managing Director of a Worcester-based funeral directors has even secured the plate COF 1N.

Business branding goes further than a well-designed logo and printed letterheads. Companies are always on the lookout for new and innovative ways of promoting what they do, and private number plates are an intriguing and eye-catching way of getting some extra attention.

Accountants can’t quite decide whether private number plates are tax deductible but, even so, why not consider the best combination of letters and numbers that could boost your brand’s visibility?

As of March this year, the fees for retaining a personalised registration plate have been reduced from £105 to £80. In addition, the £25 fee to renew a registration number’s retention every year has been scrapped.