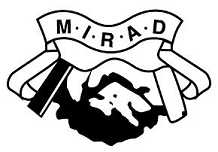 Manama, Nov. 26 (BNA): As part of the expansion of its business activities, Mazad has announced that it will allow individuals to privately auction number plates. Number plate auctions will be organised in partnership with Arabian Auctions.

Mazad highlighted that these fully regulated auctions present an exciting opportunity for Bahrainis to buy or sell distinctive number plates.

Mazad in partnership with Arabian Auctions, carried out its first auction of private vehicle number plates on the 13 April 2017. During that auction, more than forty purposely developed number plate combinations were sold, marking the launch of a new business sector and further demonstrating that Bahrain is a key source of commercial innovation in the region.

Parties interested in submitting their number plates for future auctions are encouraged to contact Mazad by 9 December.

The number plate (2) was sold for Dh1.650million and is among 50 distinguished Ajman number plates sold at the auction from category (H), which was launched for the first time in Ajman.

The auction, which was held at Bahi Ajman Palace Hotel, managed to raise Dh9.131 million after a fierce competition took place between bidders in order to win the best vehicle number plates that appealed to them. The auction was attended by more than 850 patrons, while the number plate (2) received the highest number of bids before being sold forDhs1.650 million.

Abdulla Matar Al Mannaei, Chairman and Managing Director of Emirates Auction, stated that the auction has achieved great success both in terms of attendance, competitive environment, sales and customer satisfaction.

Al Mannaei added that the organization of this auction in Ajman is part of the framework of cooperation and coordination with the respective authorities in the Emirate, whom are eager to ensure the satisfaction of vehicle number plate buyers and enthusiasts, and meeting their needs and expectations, by offering a variety of different numbers that appeal to different tastes.

Al Mannaei congratulated the winners of the auction, which compromised of the first batch of distinguished vehicle number plates of category (H) in Ajman. He also stressed that several auctions will be organized in the future on vehicle number plates from this new category, which is available for sale exclusively through online and public auctions.